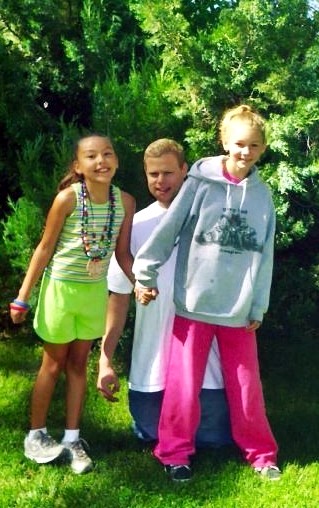 Shane had no pain and takes no meds, at all. He is doing well in that area. His speech was easy to understand but it takes him a long time to bring up words. He choked a lot and then sneezed forever afterward. He was happy all the time which is wonderful. He fell quite a bit and then he had some sore spots but other than that and restless legs he was quite well. Shane wasn’t diagnosed until he was 24. His symptoms probably started when he about 10 or 12 but since we were not aware of JHD it was called everything from lazy to ADD. His count is 58 and some people call it early onset because it mirrors adult HD more than JHD. His bio mom died in her early 40’s.

Today is my son Shane’s 41st birthday. He was such a treasure. His bio dad called him that morning and made his day. His hands were shaking so bad I had to hold the phone. Boy, they talked for a long time! Shane was happy even now while he was loosing his ability for speech, swallowing, and so much more. He was happy to be alive in spite of it all. 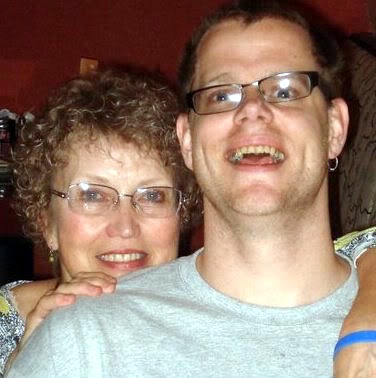 I am sitting here tonight thinking about my beloved son, Shane, who is disappearing with the ravages of Juvenile Huntington’s Disease. He is 40 years of age. He should be married with children and teaching children and coaching children but he is not. He is living with us. Each and every day he is losing an ability to do the things he has always done. He loved video games but cannot play them anymore. He can barely feed himself because his hands shake so bad. He cannot stay awake to watch a movie. His body moves and his legs shake and it makes it so hard to sit and enjoy watching a game. He sleeps. A lot. He is eternally happy. He awakes with a question. Are you happy today? I am happy today. He never complains. He never says why me? He loves completely and we love him. He is my hero. He loves his dog and tells him how cute he is. He loves his brother, Casey, and tells him how cute he is. He thanks me for everything I do for him. The smallest things like turning off the light when he cannot stop shaking to do it. He can’t remember a lot but never forgets when it is a football day or night. He loves the Seahawks. He was once a great football player. He still holds a record for the mile in middle school but he never laments. He no longer cares about hygiene. I have to cajole him into taking a shower. Brush your teeth, Shane. He used to be so fastidious . He loves pie and ice-cream. He loves all the food I fix. He always tells me what a good idea it was to fix whatever I fix. He drops things, he breaks things, he spill things, he makes messes and I love him. Our house is a disaster and I love him. I will be forever grateful that we were chosen to be his parents. I worry about him. When I haven’t seen him for awhile or if he sleeps in I go and check to see if he is alive. Although I have shown him many times how to use the intercom on our phones he can’t remember. He can’t use his phone anymore. His clothes are covered with what ever he has eaten but he doesn’t care. I shutter but he doesn’t care. I love him so much and I know what the future brings but he doesnt’ think about it. He lives in the moment and isn’t that a great way to live? My dear child. I adore you. March 4, 1978-April 13, 2018.