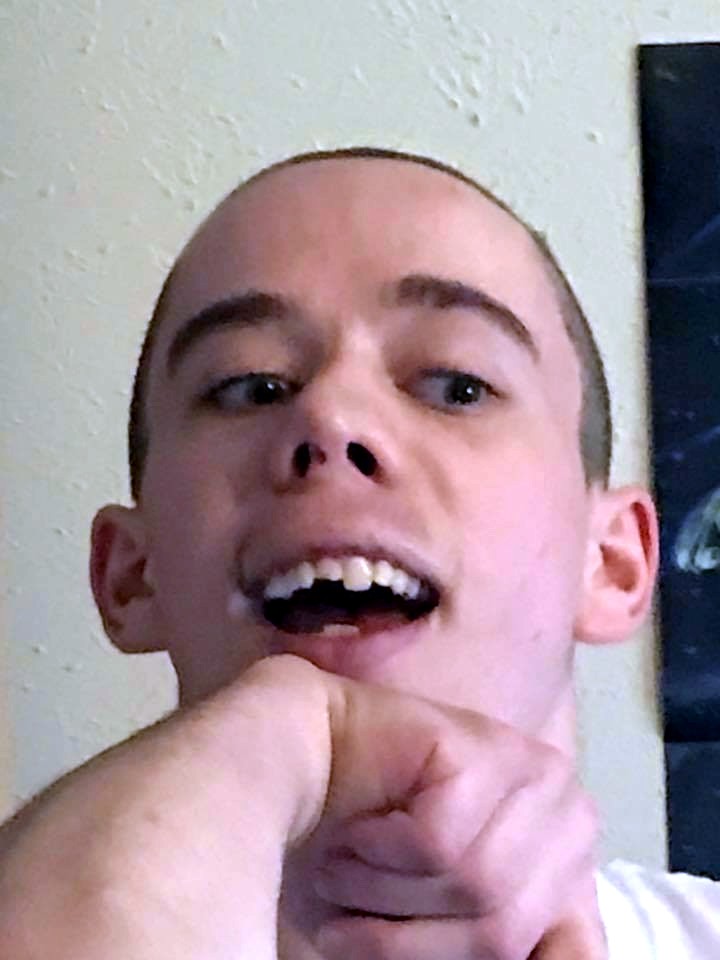 Jordan was born on Sept 6, 1998. He was diagnosed with JHD in January of 2013, two weeks after his father passed away from HD. Jordan began showing behavior signs of the disease when he started kindergarten. We were not aware of the behavioral issues associated with the disease at the time. He would chew on his shirt, or bounce around the class room. He moved on to head patting and making strange noises. He had to appear before a judge twice: once for shooting another child with an air soft pistol, and another for assault charges against a special needs teacher. He served community service for the first offense. The judge dropped the charges for the second offense due to his disease. Jordan was able to graduate from high school in 2016.

Jordan has an infectious smile and is very ornery. He knows the value of people and loves to spend time around others. Jordan is very intelligent and loved to play his PlayStation 2 and 3 until the Parkinsonism took over. He loves to watch football. He vicariously played through his friend Evan in high school. Jordan was able to sit on the sideline to watch the games. Evan would come over to Jordan with a fist bump when he made a good play. Jordan also loves the Nebraska Cornhuskers and in 2017 he bailed on rooting for the Denver Broncos for the New England Patriots. He also loves watching Marvel movies. He loved fishing and exploring the Rocky Mountains.